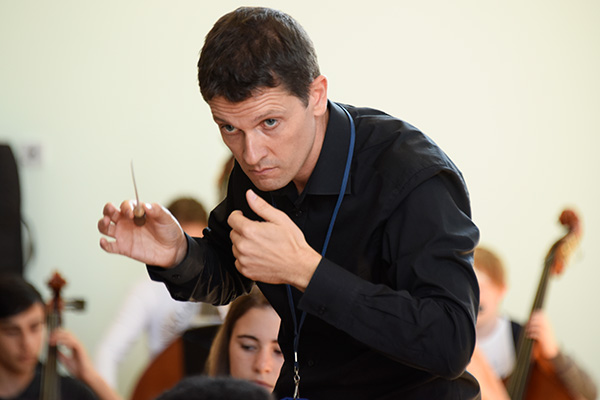 First Orchestra Conductor Leigh O’Hara is the only person, apart from Holst and Vaughan Williams, to have run the prestigious music departments at James Allen’s Girls’ School and St Paul’s Girls’ School. Having completed a music degree at the University of York, where he won the prize for outstanding contribution, Leigh studied piano at Trinity College of Music with Simon Young, Philip Fowke and David Owen Norris. As well as winning first prize in the Weingarten Schumann Competition he was awarded the Gertrude Norman Prize and Cross Memorial Scholarship. Leigh’s career is now focussed on conducting and his role at St Paul's Girls’ School where he is Deputy Head, Director of Partnerships as well as Director of Music. Leigh has been resident at Dartington International Summer School for over 25 consecutive years and is musical director of Wandsworth Symphony Orchestra and Dulwich Symphony Orchestra as well as an examiner, presenter and moderator for the Associated Board. Leigh particularly enjoys tackling major symphonic works in a short but intensive rehearsal period with SLYO1 and the resulting vibrant and exciting performances.

Second Orchestra Conductor Jonathan Butcher gained a Scholarship to the Royal College of Music, where he won all the major Conducting prizes, before studying at Tanglewood, USA. His teachers have included Leonard Bernstein, Jan Stulen, Andre Previn, Seiji Ozawa and Norman del Mar. Jonathan is an experienced yet versatile conductor, whose repertoire encompasses all the major Orchestral, Choral and Operatic works plus a large selection of 20th and 21st Century compositions. He has conducted many Orchestras, including the London Mozart Players, Royal Philharmonic Concert and English Symphony Orchestras. He has a particular passion for the chamber orchestral repertoire and is much admired for his work with young people and students, so working with SLYO 2 is a particular pleasure. Jonathan conducted Orchestras at the RCM and had a happy and productive association with the IAPS Music Courses for children, conducting their National Symphony and Chamber Orchestras. Jonathan is at present Musical Director of a number of orchestras including the Bromley Youth Symphony Orchestra. He is also Artistic Director of Surrey Opera and teaches Choral Singing at RADA. 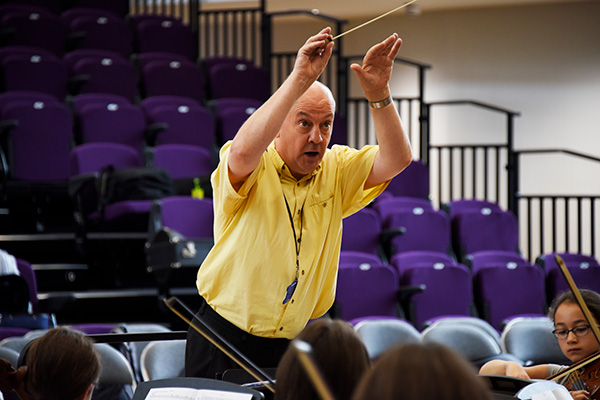 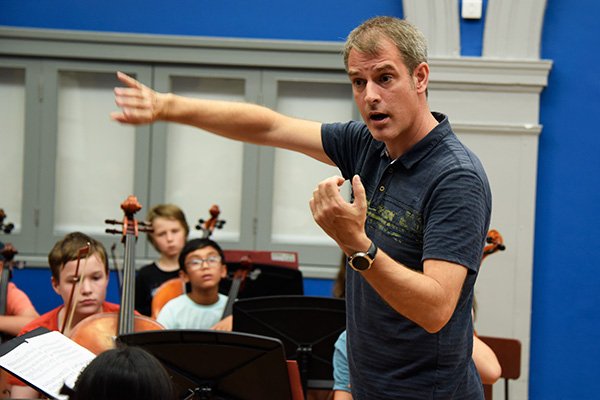 Third Orchestra Conductor Richard Sizer started the violin at the age of 6 after being inspired by the musical ‘Fiddler on the Roof’. Piano and trombone followed later and aged 11 he joined the Royal College of Music JD where he won the composition prize and led the RCM orchestra. He also led Bedfordshire County Youth Orchestra and Youth Opera Group. Since then he has worked with recording studios and film projects, big bands and jazz ensembles. During a long stint as Director of Music at Cumnor House School, Croydon, he ran a busy department and conducted the orchestras, choirs and other ensembles. Highlights during this time include performances at the St. Peter’s Basilica (Vatican City), Albert Hall, Cadogan Hall, Royal Opera House and co-conducting the BBC singers for the English premier of Paul Mealor’s “The Farthest Shore”. In 2018, Richard moved to part time teaching at Langley Park School for Girls, Bromley, and returned to 1-to-1 tuition in violin, piano and composition. During this year he also started Saturn Strings which publishes new works of music for string groups.

Fourth Orchestra Conductor  Kit Massey -  A fourth generation musician, Kit studied with Michael Bochman at Trinity Laban Conservatoire of Music and Dance where he graduated with a first. Kit then embarked on an eclectic career as both a violinist and pianist, spending a year playing violin with the Philamonia de Santiago, Chile as well as recording sessions at Abbey Road and BBC Maida Vale with the Heritage Orchestra. Kit is a teacher at both the senior and junior departments of Trinity Laban where he teaches musicianship and improvisation and holds a Fellowship of Higher Education. He has written for the Strad magazine, documenting his time learning Carnatic violin in India with Mysore V. Ambaprasad. In 2019 Kit was invited to the San Francisco Conservatoire “Bach and Beyond festival” where he performed several improvisations in response to great works by J.S.Bach. Kit has several published arrangements, compositions and teaching resources aimed at encouraging creativity and improvisation in younger musicians. 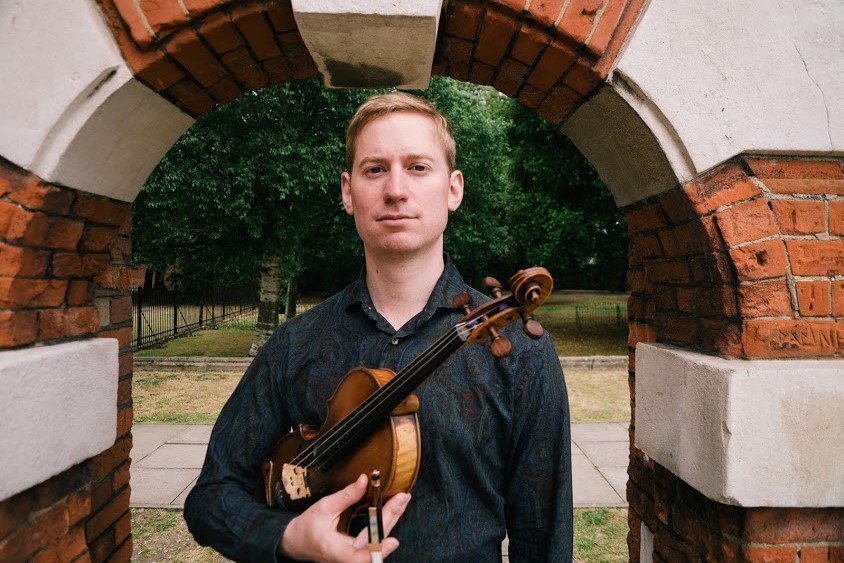